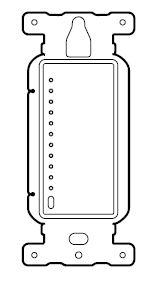 Aeotec WallSwipe has been crafted to connect directly to any Aeotec Nano (Switch, Dimmer, Dual Nano Switch) products as an add-on external switch or dimmer. It is powered by Aeotec’s technology. You can find out more about WallSwipe by following that link.

The technical specification of WallSwipe can be viewed at that link.

Familiarize yourself with your WallSwipe. 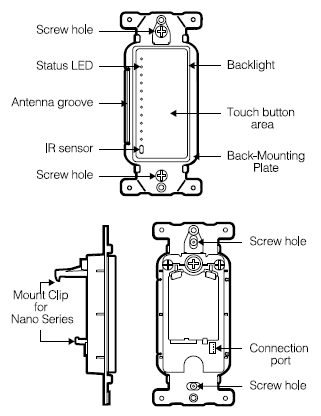 Please read this and other device guides carefully. Failure to follow the recommendations set forth by Aeotec Limited may be dangerous or cause a violation of the law. The manufacturer, importer, distributor, and / or reseller will not be held responsible for any loss or damage resulting from not following any instructions in this guide or in other materials.

WallSwipe is intended for indoor use in dry locations only. Do not use in damp, moist, and / or wet locations.

WallSwipe for Nano has a few requirements in order to be used with your Nano Dimmer, Nano Switch, or Dual Nano Switch.

The following will step you through installing WallSwipe, connecting it to Aeotec Nano products, and connecting the Nano attached to your Z-Wave network.

WallSwipe when attached to Nano will function as a unpair or pairing button and or method to control Nano's functions. These button functions will work the same across all Nano versions (Dimmer, Switch, Dual Nano Switch).

There are various functions you can do with Wallswipe, this will allow you to unpair, pair, or even factory reset your Nano without having to remove Nano from your wall.

How to perform a continuous tap.

A continuous tap is a button press method used for either factory reset or unpairing your Nano from your network. To perform a continuous tap, tap the top 50% once, then tap the bottom 50% once within 1 second).

This can be used anytime even if the Nano is paired or unpaired. 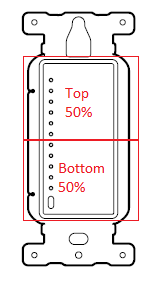 In order to perform a continuous tap, the below button tap must be done within a second, performing the steps below once is considered (1x continuous tap):

A singular LED will change between red and blue to determine the state of Nano Switch.