This page lists how to properly setup Keypad with Popp Hub and forms a part of the larger Keypad user guide.

Keypad (POPE700045) is a security enabled Z-Wave Plus product. A security enabled Z-Wave controller must be used to fully utilize this product. Keypad allows secure control of your Z-Wave devices such as door locks, trigger actions in a gateway, and arm/disarm alarm systems based on the entry of certain key codes. The bell key on Keypad allows emulation of a doorbell by operating such as triggering light and doorbells.

The device can operate in two different modes. The mode is chosen automatically depending if Keypad is used by itself as the main Z-Wave controller or if it was paired into a Z-Wave network as a secondary controller:

The purpose of the network mode is to use Keypad as control device for the whole Smart Home. This means that after including Keypad into the network of the central controller this very controller will receive event notifications for all actions performed on Keypad:

The central controller will see Keypad as a kind of remote control with various buttons (key codes and real buttons). Additionally the tamper switch status is reported to protect the device against tampering.

To Include Keypad in your existing Z-Wave network please follow these steps:

After the successful inclusion you should see the new Widget for Keypad in you “elements view”.

Now you can install Keypad-app from the App-store. After successful pair to Popp gateway, you should see the configuration-dialog of this module and will require you to select your Keypad-element to control/setup Keypad. 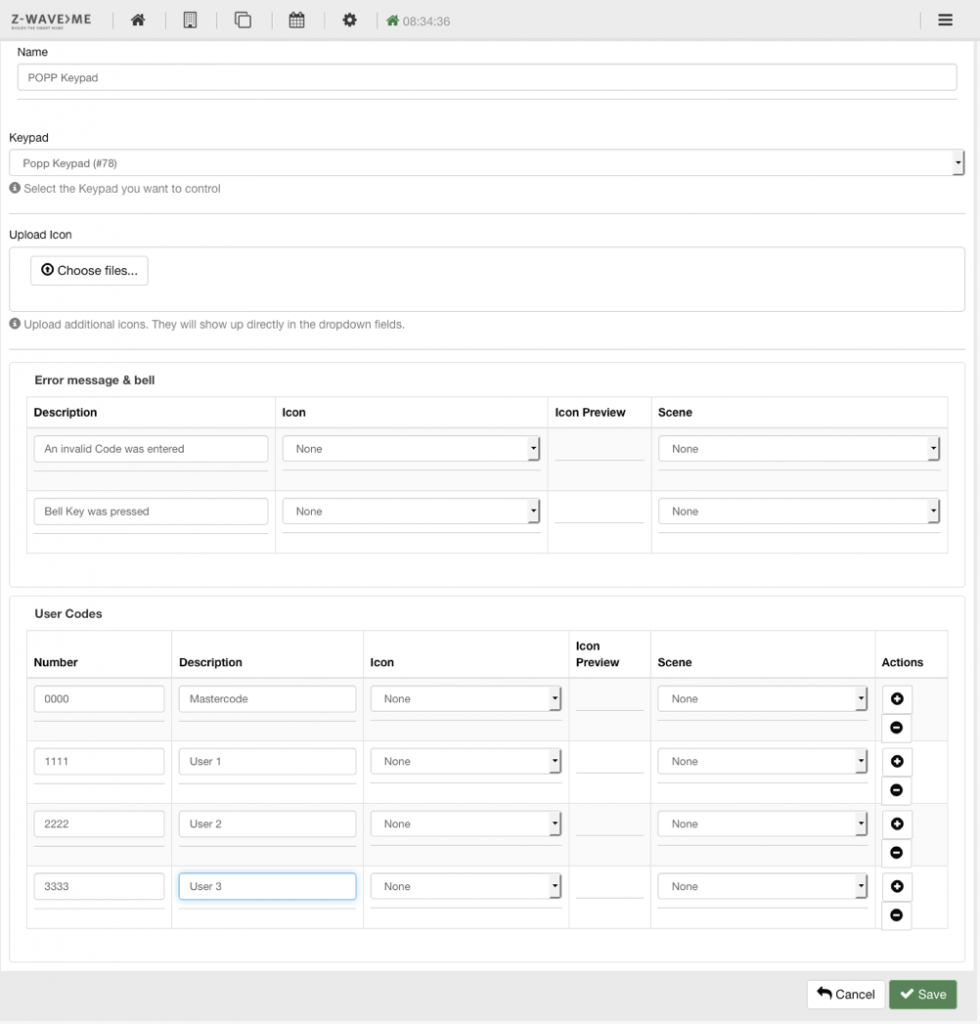 Next, you can define what happens if you make a wrong input or ring the bell. Here you can select from your existing scenes and also define a corresponding icon which will be displayed in the UI. You can then enter the desired user codes and also select a symbol to a corresponding scene. This scene is executed after the correct code has been entered. Once you have made all the desired settings, click on “Save” and press the “Ring” button on your keypad.

If a correct code is entered on Keypad and then confirmed with “#”, it will be displayed in the UI. You can also see the codes entered in the event history.

Figure 3 Display of the entered Key´s on widget