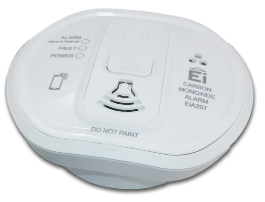 Popp CO Detector is designed to warn you of carbon monoxide hazards and trigger Z-Wave actions. It is powered by Popp Z-Wave technology.

Before purchasing make sure to contact your Z-Wave Gateway/Controller manufacturer to determine if this device is compatible, typically most Z-Wave gateways will be generically compatible to Switch and Sensor type devices. The technical specifications of CO Detector can be viewed at that link.

Familiarize yourself with your CO Detector. 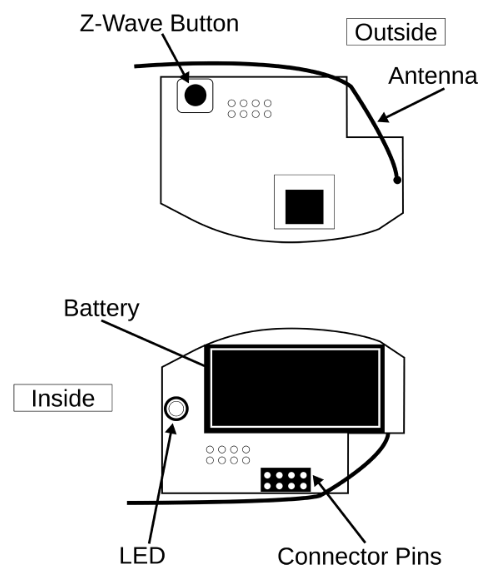 Installation and mounting of Siren:

3. Your gateway should confirm if the CO Detector is successfully included into your network.

There is no defined level of carbon monoxide that will result in an alarm. The danger of CO is a result of the total level of CO in the air plus the duration of exposure. A Z-Wave alarm will be sent out when one of the following conditions were met:

The alarm will be sent to your Z-Wave gateway/controller/hub. Additionally, the alarm can be used to switch any other Z-Wave controllable actuator such as a Switch, a Dimmer or even a Door Lock that is placed in association group 2.

The wireless module will also report a low (wireless module) battery warning. Please note that the battery level of the main detector is not reported since this battery can?t be replaced anyway.

Support for Command Class BASIC.
The device supports the generic Z-Wave command class BASIC. The device will ignore any SET command but return the status of the sensor on a GET command (triggered=0xff, idle=0x00).

Removing your CO Detector from a Z-Wave network.

Your CO Detector can be removed from your Z-Wave network at any time.You’ll need to use a Z-Wave primary controller to do this and the following instructions which will tell you how to do this using your existing Z-Wave Network.

This method can be used with any Primary Z-Wave Controller even if it is not directly paired to CO Detector.

2. Tap the Z-Wave Button on CO Detector once.

3. Your gateway should confirm if the CO Detector is successfully excluded from your network.

Group Association is a specific function in Z-Wave that allows you to tell the CO Detector who it can speak to. Some devices may only have 1 group association meant for the gateway, or multiple group associations that can be used for specific events. This type of function isn't used too often, but when it is available, you may be able to use it to directly communicate to Z-Wave devices instead of controlling a scene within a gateway which can have unforeseen delays.

Some gateways have the ability to set Group Associations to devices that have these special events and functions. Typically this is used to allow your gateway to update the status of CO Detector instantly.

By default, your primary gateway should have been associated to the CO Detector automatically during the pairing of your Siren. For any case you have a Secondary Z-Wave Controller, you'll need to associate it to your CO Detector in order for your secondary controller to update its status.