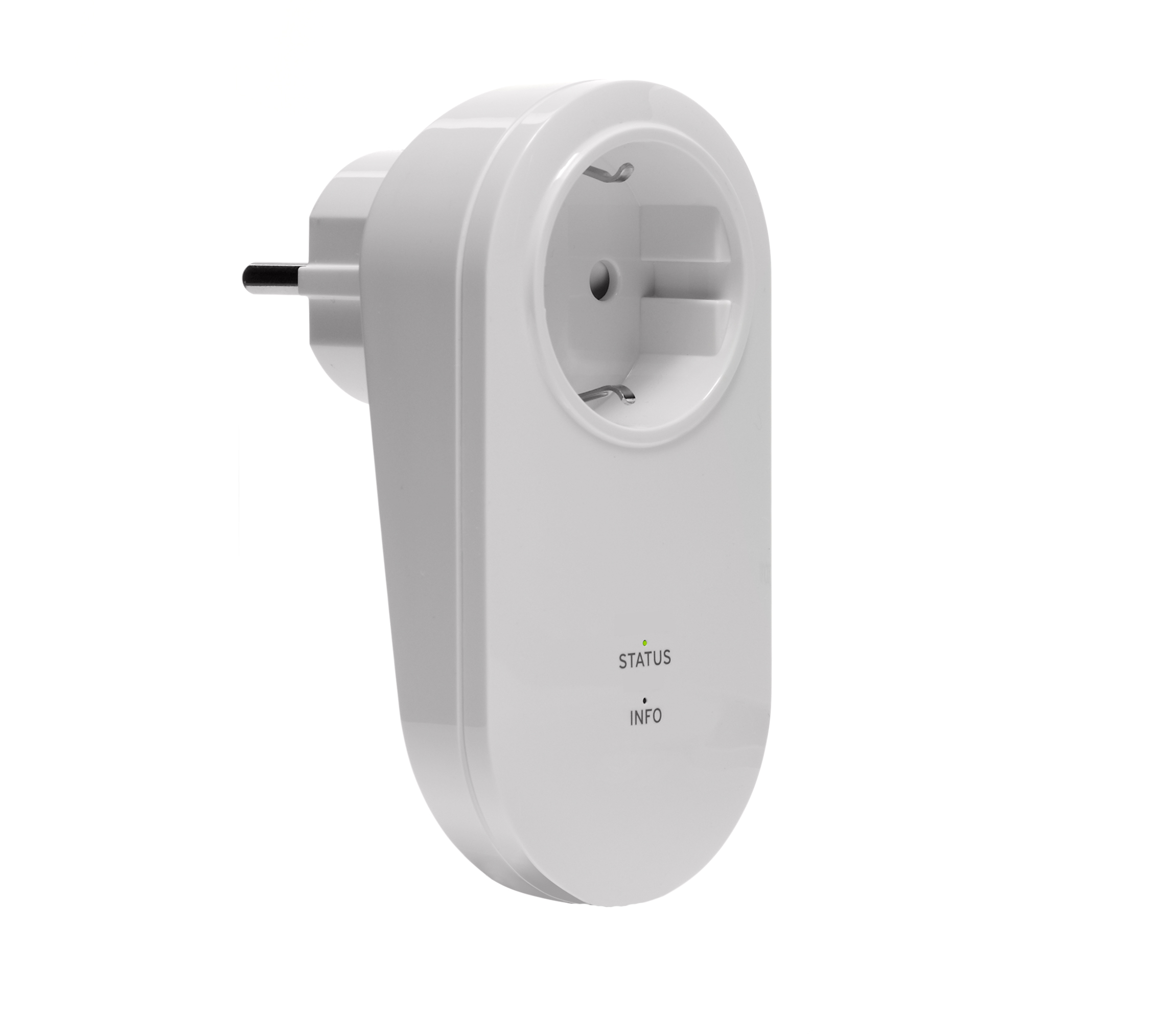 Popp Power Plug was developed to control your outdoor lighting via Z-Wave. It is powered by Popp Z-Wave technology.

Before purchasing make sure to contact your Z-Wave Gateway/Controller manufacturer to determine if this device is compatible, typically most Z-Wave gateways will be generically compatible to Switch type devices. The technical specifications of Power Plug can be viewed at that link.

Familiarize yourself with your Power Plug. 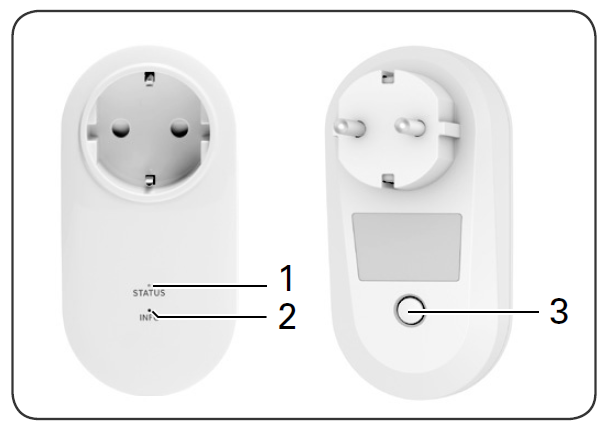 This device can utilize applications up to 3200W in power for most plugin appliances.

2. Press the Network button and On/Off on your Switch 3x times within 2 second.

3. Your gateway should confirm if Power Plug is successfully included into your network.

By default this LED is controlled by Smart Power Plug status.

The device is able to switch electric loads up to 3500 W and can be switched wirelessly or using the local button. This switch can report Voltage, Current, or Power reports.

The local control of your Power Plug can be controlled by most Z-Wave gateways. Your Z-Wave gateway/controller will need to support this switch at least generically (support for generic switches).

This device should show up as an ON/OFF device in your Z-Wave gateways interface.

Local Operation.
The local button allows you to control the switch manually. A short press on the button toggles the switch ON or OFF.

Removing your Power Plug from a Z-Wave network.

Your Power Plug can be removed from your Z-Wave network at any time.You’ll need to use a Z-Wave primary controller to do this and the following instructions which will tell you how to do this using your existing Z-Wave Network.

This method can be used with any Primary Z-Wave Controller even if it is not directly paired to Power Plug.

2. Press the LED Indicator ON/OFF Button on your Switch 3x times within 2 second.

3. Your gateway should confirm if Power Plug is successfully excluded from your network.

Group Association is a specific function in Z-Wave that allows you to tell Power Plug who it can speak to. Some devices may only have 1 group association meant for the gateway, or multiple group associations that can be used for specific events. This type of function isn't used too often, but when it is available, you may be able to use it to directly communicate to Z-Wave devices instead of controlling a scene within a gateway which can have unforeseen delays.

Some gateways have the ability to set Group Associations to devices that have these special events and functions. Typically this is used to allow your gateway to update the status of Power Plug instantly.

By default, your primary gateway should have been associated to Power Plug automatically during the pairing of your Switch. For any case you have a Secondary Z-Wave Controller, you'll need to associate it to your Power Plug in order for your secondary controller to update its status.